Wait, but you’re a girl. How can you be gay? Wouldn’t you be a lesbian instead?

“Gay” is an umbrella term. It can refer to a guy who likes guys, or a girl who likes girls. “Lesbian” only applies to girls. Squares are rectangles, but not all rectangles are squares. (You might think I don’t need to explain this one, but you’d be surprised…)

When did you know?

But you don’t look/act/talk/etc gay...

There is no checklist of things you have to be or do before you can be called “gay.”

Are you sure it’s not just a phase?

Yes, I’m sure. That said, there’s nothing wrong with phases. They help you grow.

Why didn’t you tell me before?

A lot of reasons. First, I wanted to be sure. Then there was the fear that had been burned into my brain since I was a kid. That kind of stuff doesn’t really just wash out easily, y’know?

Haven’t you had a boyfriend?

Yup, and I've had a girlfriend too!

Is this really you? Did anything make you gay?

There’s no gay fairy or weird gay demon possessing me. Maybe I was born like this and it’s genetic or something. Maybe it’s a result of factors of when I was a kid. I don’t know, and at this point, it doesn't matter. In any case, I did not choose to be gay, and I will never be straight, and that’s just how it goes.

Are you attracted to guys at all?

A few, yeah. But those are the exceptions, not the rule.

Are you still a Christian?

I haven’t really been a true Christian since I was around eight or nine years old. I apologize for not being more honest about that.

Do YoU hAvE a GiRLfRiEnD??

I don’t. I do, however, have crushes, like almost every other teenager on the planet.

How can I support you?

Just try to be a good friend.

I love y’all. Now you can love me for me! 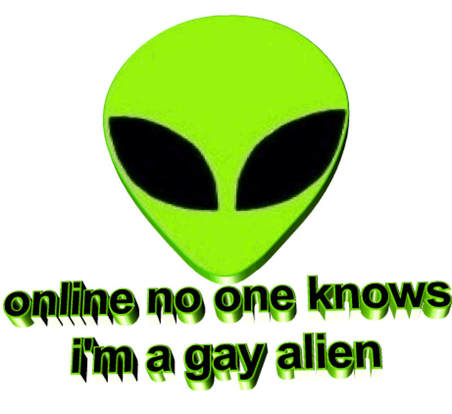